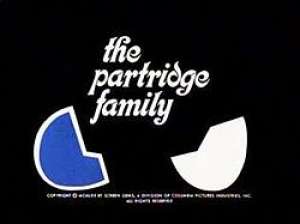 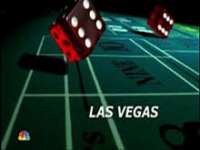 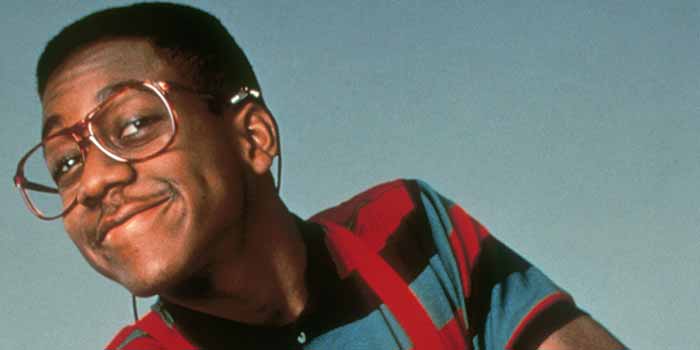 Once upon a time, before it was hip to be square, TV was pretty unsympathetic to the scientifically inclined. The athletically averse. The opposite sex repellent. Classic TV is, in fact, littered with nerds, geeks and dweebs whose roles were almost always the same: to make the other characters cooler by comparison, even if those characters were pretty cool to begin with. While the last decade has seen this trope turn upside down, let’s examine how we got here by listing Classic TV’s top ten nerds, geeks and dweebs.

The Simpsons
Bart Simpson was already cool, but next to a sister like Lisa, he becomes Han Solo. Clint Eastwood. James Dean. Over here, Bart’s riding a skateboard while over there Lisa’s playing the sax/studying for a test/being extraordinary in a family of ordinaries. It’s not a coincidence, and she’s not the first sibling tasked with carrying the mantel of nerddom so that the rest of the family could engage in antics. From Alex Keaton to Carol Seaver to Alex Dunphy, long has the nerdy sibling suffered to help us access the main characters. Lisa is the first animated one, though, because, if you’ll recall, when The Simpsons first aired, the idea of a cartoon, designed for adults, to air in primetime, had most of us ready to eat our shorts.

Family Ties
One of the things that, I think, traditionally comprises the characterization of a TV nerd is a sort of social ignorance—even, at times, a social aloofness. They either don’t care about fitting in or they want to fit in and wind up overcompensating by trying too hard (i.e. they, for all their brilliance, don’t understand how to). I’m not sure Alex P. Keaton fits into either category, though. He was smart and he owned it. He was confident. He was self-possessed. In that sense, Alex Keaton was ahead of his time, but Mallory was the cool one, at least in high school terms (she was pretty and archetypically materialistic and superficial) and Jennifer was a tomboy, which is an automatic disqualifier from the world of TV geekery. I think, in part, Michael J. Fox’s natural charisma and screen presence (it’s not a coincidence that he became a movie star the second this series wrapped) just wasn’t conducive for Alex to go full nerd. Instead, he was a yuppie Republican, which could be easily confused with nerd, especially when contrasted with the innate coolness of two hippie parents. Sha-la-la-la.

Happy Days
Fonzie was so cool that everyone else looked like a nerd whether they were or not. Richie was the standard against which all normalcy is measured. Ralph Malph was a horny girl-crazy teenager. Potsie was the lead singer in a rock band, which is about as far away from being a nerd as one can get. Yet compared to Arthur Fonzarelli: Nerd. Nerd. Nerd. In fact, this show is credited with popularizing the term nerd despite there not really being any nerds on it, at least by any typical TV standard (i.e. there were no coke bottle glasses, no rainbow suspenders, no pocket protectors, etc.), but it’s important to note two things here: 1) Fonzie was just that cool, and 2) the show was set in the ‘50s, the decade that really started to classify the cool kids from the not, thanks to, you guessed it, TV. #meta

Cheers
Cliff Clavin, United States Postal Worker, had a lot of spare time. Consequently, he knew everything about everything. I’d just like to take a second here and point something out. Cliff Clavin is one of the richest, most well-written characters to have ever been on TV, and John Ratzenberger’s portrayal of him was so good that you don’t even notice it. That’s because it’s impossible to delineate where Ratzenberger ends and Clavin begins. As for his geekdom? Observe him enlighten Diane about beer:

Friends
This is how Friends was set up be viewed if you’re a guy. Seriously, this isn’t an accident. It goes like this: you’re Chandler. That’s it, that’s the whole thing. Chandler had enough personality to keep from being a nerd. He wasn’t athletic or handsome enough to ever be cool. He’s *cringe* Middle America. He’s the Lowest Common Denominator. He’s the male access point to Friends (where Monica is his female counterpart). Most of us aren’t handsome enough to make women swoon like Joey. And Ross is just dorky enough to make Chandler even more everyman.

This is about Ross. Ross was much more layered, more nuanced than the typical TV nerd. Remember those episodes of Family Matters where Urkel wasn’t Urkel for a few minutes and was Jaleel White? That’s pretty much Ross except he wasn’t afraid to be Urkel, if that makes sense. So, Ross is a self-possessed version of Urkel. Upon doing zero research I would posit that this marked a cultural fulcrum (or “PIVOT!”) for the TV nerd. No longer did he or she have to wear glasses and high-water pants and be a virgin until they were 40. They didn’t have to exist solely to make other characters authentic because it turns out, a lot of us identified with this nerd. Chandler ended up with Monica because that’s what normal people do. They find their counterpoint and connect. But it was Ross, not Joey, who got “the girl.” That’s the reason Friends tried that cheap heat in the last season where they pretended it might be Joey who ended up with Rachel. We love Joey. But he didn’t deserve Rachel. He had everything else in life. Rachel belonged with Ross because somewhere along the line we stopped being Chandler and started being Ross.

Saved by the Bell
If you grew up during the early ‘90s, Screech was one half of the total TV nerd equation. Hopelessly in love with Lisa Turtle, blindly devoted to Zack Morris and peerlessly adept in the art of making fake IDs, Screech was the lone nerd in a friend-group of beautiful people, and his nerdery was only enhanced by their beauty (and vice versa, since that was his function). He was the archetypal TV nerd of the ‘90s: goofy, lovesick, in no way a fully formed person. The Reverse Fonzie. Were it not for a certain bespectacled neighbor on a different network whose show aired for six more years (in primetime) simultaneously with Saved by the Bell’s run, Screech may have been the solitary flag atop Geek Mountain.

Fresh Prince of Bel Air
To be fair, no one was going to look cool next to Will Smith, at least not on that show. Carlton sort of falls into the Alex P. Keaton Wing of Nerddom: more of a yuppie man-child than a nerd. Like APK, Carlton owned who he was. He was unapologetic in his love for Tom Jones. He called his dad “Big Guy.” He ordered Geoffrey around like he himself paid Geoffrey’s salary. Most importantly, though, he made Will Smith even cooler, and he did it without being a cartoon character like the aforementioned Screech or the about-to-be mentioned…

Family Matters
Did I do that? I present the other half of the total ‘90s TV nerd equation. Due in part to the length of Family Matters’ run and in part to its position in the once vaunted TGIF primetime lineup, Steve Urkel was more the Schwarzenegger to Screech’s DeVito. He represents the peak of the one-dimensional, cool-enhancing, otherwise functionless character so often imitated in the ‘90s. Full disclosure: I didn’t have much time for Urkel. His shine wore off pretty quickly for me, and he’s the reason I ultimately stopped watching the show. That, and I grew up. Because that show was on until 1998. No, you shut up. And watch:

Star Trek
The original nerd, Spock is ubiquitous. So much so that I don’t feel like there’s much I can add to the Spock narrative. Which is probably okay by you because we’re already coming up on 1500 words, which is about 500 more than one of these lists should reasonably be. Live long and prosper.

The Big Bang Theory
Not only am I cheating here because this isn’t classic TV, I’m also succumbing to a pretty obvious recency bias. But, to my mind, Sheldon represents the pinnacle of New Nerd, the culmination of all the work of TV nerds before him. He has just enough of the social awkwardness that comprised Screech/Urkel combined with a fully realized personality, which was often sober and emotionless, an homage to Captain Spock himself. To put this in perspective, consider the other people on this list. Supporting actors or ensemble casts, all. The Big Bang Theory may have started off as an ensemble show, but Sheldon Cooper, played by the inimitable Jim Parsons, was impossible not to become the focal point. It reminds me of the Andy Griffith Show insofar as Barney was supposed to be the straight man, Andy the comedian, but Don Knotts was just too good to be restrained, and if you follow the trajectory of the show, you can see the transformation take place. Same with Sheldon. The nerds have spoken, and we have nominated Sheldon to lead us into the New Nerd Era.

Honorable Mention: Dwight Schrute (I should’ve put him on, but I’m thinking about doing some character anatomies in upcoming posts and I may start with him), Carol Seaver, Alex Dunphy (I know, still not classic TV), and Jesse Spano (disqualified for hotness).
October 6, 2015 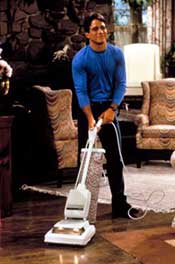 According to TV, every American household, from the 1950s to the 1980s, had a live-in domestic servant. It’s one of classic television’s most called-upon tropes. The function of these domestic caretakers is always the same: to grant the audience access to the show’s plot and/or main characters--no more, no less.

Tricks, treats and TV... The 2022 Halloween TV & Movie Schedule is here! Throughout the month, leading up to Halloween, many networks air our favorite scary shows, specials and movies — from hardcore horror to family-friendly frights. We've put together a guide with the full lineup of this year's Halloween TV listings. Reruns of our favorite episodes and specials can be seen on a variety of channels including the major networks, Freeform, Disney Channel, AMC and Syfy Network, MeTV and more. Programming and listing times are subject to change. Check back throughout the month, as this post will be continuously be updated. All times in EST.

Adventures of Ozzie & Harriet - Season 4, Episode 9: A Ball Of Tinfoil

Adventures of Ozzie & Harriet - Season 4, Episode 4: An Invitation To Dinner