CBS
Added to the database on September 17, 2008
Rate
(10 votes)
Cast & Characters | Broadcast History | Theme Song | DVDs | Watch Episodes | Photos | Trivia | Comments
The Muppet Show is a American television programme produced by puppeteer Jim Henson and featuring Muppets. After two pilot episodes were produced in 1974 and 1975, the show premiered on September 5, 1976, and five series were produced until March 15, 1981, lasting 120 episodes.
The charm, the zaniness, the corny jokes, the showbiz cliches--every element of The Muppet Show holds up 30 years after Jim Henson's legendary variety series' debut season. Well, perhaps not everything: Today's younger viewers might have a hard time placing some of The Muppet Show's then-guest stars, such as Florence Henderson or Ruth Buzzi. But then, the Show's real celebrities are perennial icons Kermit the Frog, Miss Piggy, Gonzo the... whatever, Fozzie Bear, Animal, and the rest of the Muppets' harried, well-meaning family of entertainers. Season One finds the show pretty much in the basic shape longtime fans will remember: A musical introduction followed by backstage chaos, another musical number, a sketch, a scene with the guest star, and so on. A half-hour episode can fly by pretty quickly, but it's interesting to note that the series hadn't quite found its familiar tone through much of the first year. A reliance on too many disposable verbal jokes and redundant, so-so material for sketch fodder ultimately gives way to more creative premises and the development of key relationships between characters. 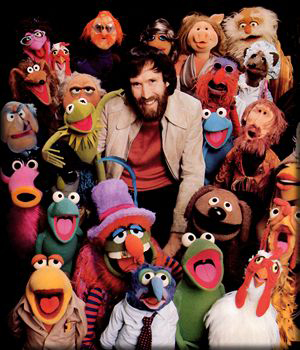 
The Muppet Show On DVD

Each of the Muppet Show characters had their own personality. Miss Peggy's feelings of superiority are probably the best known. Gonzo was initially known as "The Great Gonzo" or sometimes "Gonzo the Great". He was the show's daredevil performer. Oscar was a Grouch who loved garbage. He often sang the song, "I Love Trash".

In the beginning the producers found it difficult to convince non-comedians to appear on The Muppet Show. Apparently they felt that appearing on a show with puppets wouldn't be good for their image. The show's immense popularity ended that fairly soon, however when it became obvious that fans liked seeing their favorite stars having fun with and taking jibes from the Muppets.

John Cleese ("Monty Python's Flying Circus") was a huge fan of the Muppet Show so in addition to guest-starring he also wrote a major portion of his episode.

The two Muppets that sat in the balcony were named Statler and Waldorf after two of New York City's most prestigious hotels. Waldorf's wife was named Astoria as a reference to the world renowned Waldorf Astoria Hotel.

When Jim Henson passed away, Harry Belafonte sang the song, "Turn the World Around" at his funeral. That song was a huge favorite of the cast and many guest stars. Belafonte had co-written and performed the song when he guest-starred on the show that aired on February 15, 1979. That episode was also the first time that Belafonte performed his hit tune, "Day-O" ("Daylight come and me want to go home") on television.

When guest stars were asked which Muppet they'd prefer to appear in a scene with Miss Piggy was not surprisingly the number one choice. She wasn't preferred by much though after the crazy drummer Muppet named "Animal" who came in at a very close second place!

It was a policy on the Muppet show that guest stars were never allowed to appear twice on the show, dissappointing a few who would have liked to make a second appearance.

The episodes with Juliet Prowse ("Mona McCluskey") and Connie Stevens ("Hawaiian Eye" and "Wendy and Me") were filmed several months before any of the others because they were used as "pilots" to sell the show to TV stations.